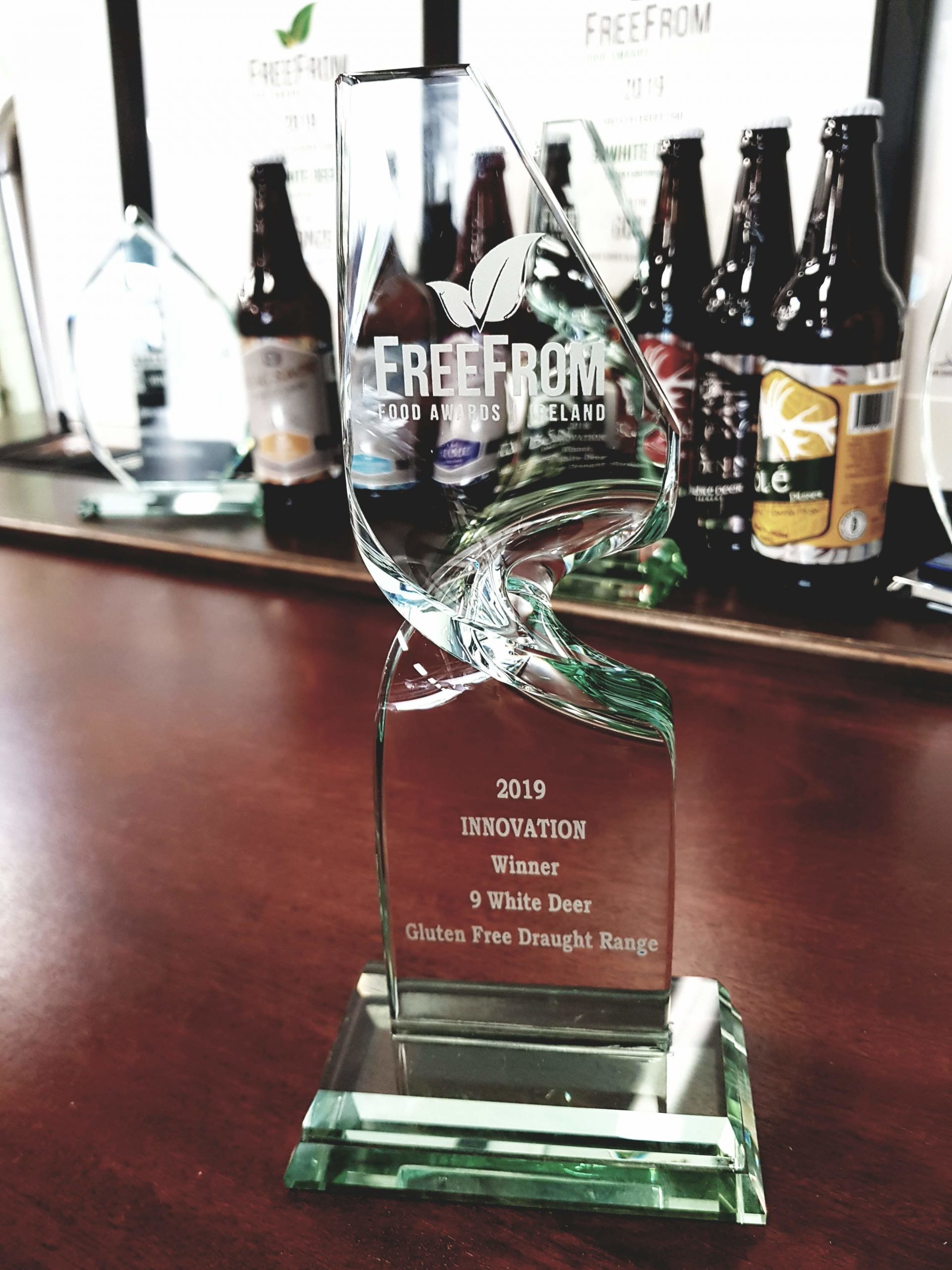 9 White Deer Brewery from Baile Bhúirne in the Muskerry Gealtacht were awarded their fourth innovation award at last Friday’s Free From Food Awards held in The Grand Hotel, Mallahide (only 3 innovation awards are given each year). The brewery has once again received high recognition to the work they do in normalising life for people with Coeliac disease or an intolerance to gluten. An estimated 1% of our population have Coeliac disease with a much bigger proportion going undiagnosed and many more have an intolerance but not necessarily being diagnosed with the disease. Board Bia estimates one in five of us now shop regularly for gluten free. Eating out, which most of us take for granted used to be incredibly difficult, but now more and more companies understand and create solutions for sufferers of this disease. They develop methods, recipes and products that are inclusive so everyone can enjoy them. 9 White Deer collected the innovation award for bringing gluten free draught beers to market and being the first to boldly announce themselves as the countries first brewery to go 100% gluten free, they also received a gold medal for their Black Lightning, a Black IPA, previous winner of Quality food and drinks awards in 2015 as well as a bronze medal for their pale ale Stag Bán and a merit for their Stout which won the innovation award last year.

Since last year the company has grown it’s distribution with many publicans taking on the brewery to offer a draught service that covers both craft and gluten free beer options in one, and the type of beer can be rotated throughout their range of seven beers, gluten free is no longer boring.

Donaghadee in Co Down is Coeliac Friendly!

What do you say when you’re ordering food?