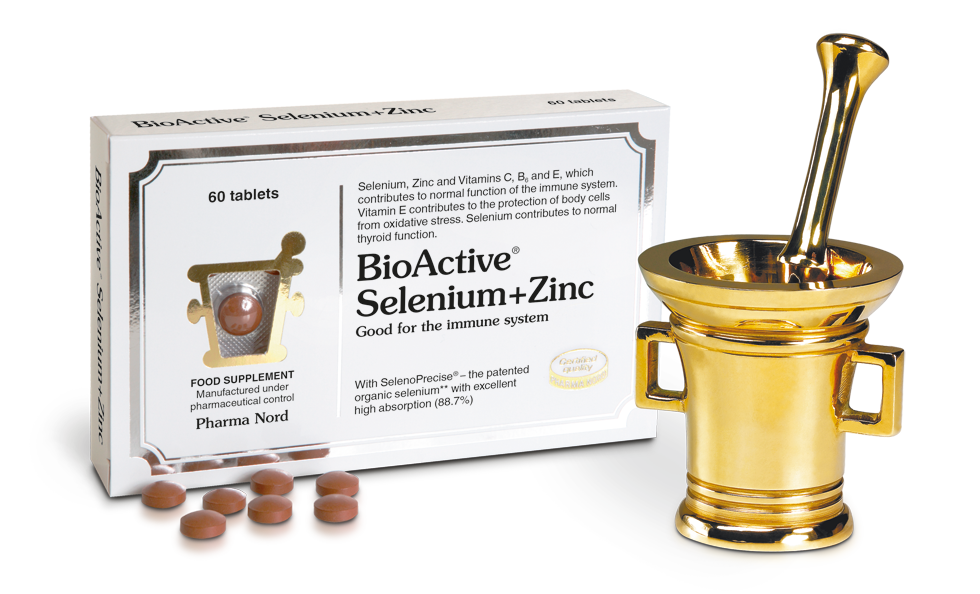 Do you suffer from Coeliac Disease (gluten intolerance)? Then you must make sure you get enough of the essential nutrient Selenium, which supports your health in a variety of ways.

If you have Coeliac Disease, the condition where your body is unable to tolerate gluten, you should make sure to get enough Selenium. Researchers have found that people who are gluten intolerant fail to absorb vital nutrients because of the damage that gluten causes to the small intestine. Long-term deficiencies of any nutrient can have serious consequences, but Selenium is particularly critical, as this single trace element supports more than 25 different Selenium-dependent proteins, all of which play a crucial role to human health by helping to maintain such things as:

The thyroid gland is especially sensitive
Getting too little Selenium is a particularly big problem in terms of thyroid health, as the thyroid gland is highly dependent on this nutrient. Around one third of the body’s total Selenium amount is concentrated inside this gland, where it supports the regulation of thyroid hormones that are needed for the metabolism and antioxidant activity, among other things.

Irish soil is low in Selenium.
The agricultural soil in Ireland, just like the soil in many other parts of Europe, is relatively low in Selenium in contrast to certain parts of the United States of America where people get a lot more Selenium from their diets.
Studies have suggested that a daily Selenium intake in the range of 100 micrograms is adequate, but in large parts of Europe people only get around half of that.

Organic Selenium yeast
In cases where it is a challenge to reach sufficient intake levels for this vital nutrient, a supplement like BioActive Selenium & Zinc from Pharma Nord can help. The unique and patented organic Selenium yeast (SelenoPrecise) can document that 88.7% of its Selenium content gets absorbed in your body and 74% is retained. This specific Selenium yeast is documented in a large number of published studies, most recently the groundbreaking KiSel¬-10 study (International Journal of Cardiology, 2013).