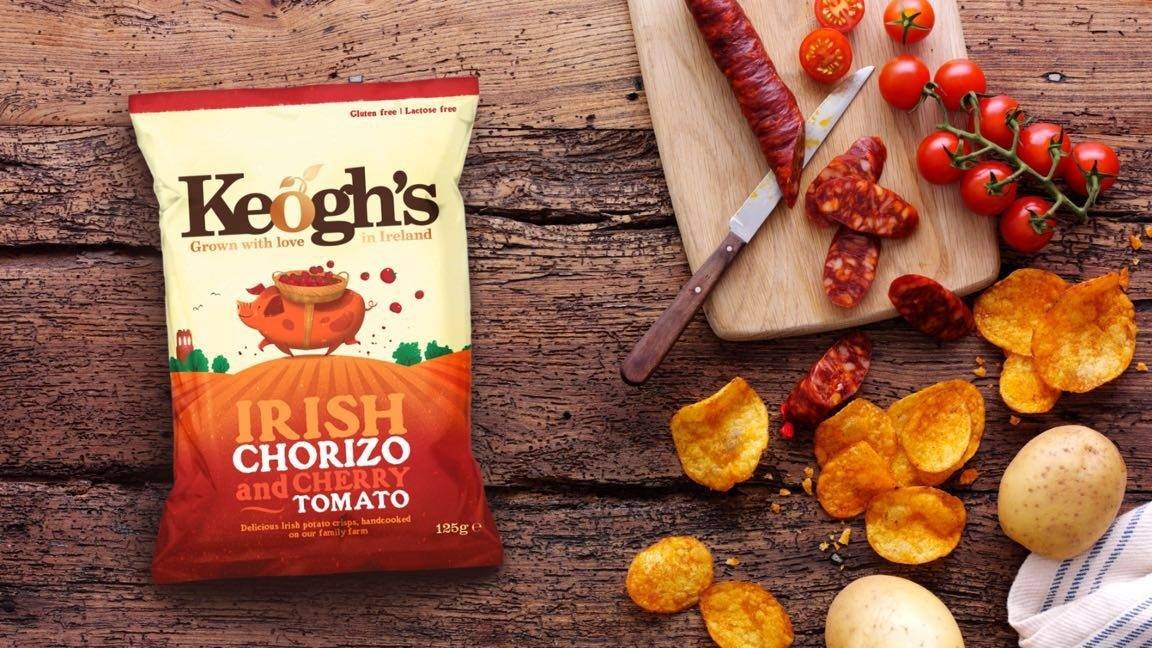 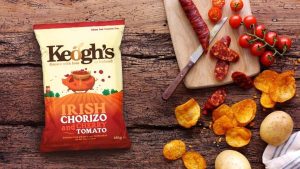 The new, limited edition flavour, is both gluten free and lactose free. Developed in collaboration with Gubbeen Smokehouse in Cork, the new crisps are available in shops now.

This newflavour, Chorizo and Cherry Tomato is the first new crisp flavour to be brought to market by Keogh’s Farm in two years. Tom Keogh, Managing Director at Keogh’s Farm, explains:  “Creating a new flavour is a hard thing to do, especially when you’re as careful and considered as we are with our crisps.  From listening to our customers, we knew that they were ready for us to bring out a new, sophisticated flavour and we believe that Chorizo and Cherry Tomato meets the criteria. We’ve done lots of taste tests and the flavour is a massive hit with all of our family so we hope the Northern Irish public love it as much as we do!”

Based in North County Dublin, Keogh’s launched in Northern Ireland two years ago, with continued growth, Northern Ireland is now the familys’ largest export market.  This latest development is part of a successful year for the Keoghs’ team with eight new recruits and distribution now to 14 countries around the world.

Keogh’s Farm are welcoming customers to give their feedback on the new flavour on their social media channels. Search @KeoghsFarm on Facebook, Twitter and Instagram. Keogh’s Chorizo and Cherry Tomato crisps are available in 50g or 125g in participating stores nationwide.

Could you write for Gluten Free Ireland?

Have You Considered Turkish Food?